My 15 Minute Conversation With a Man Named Henry 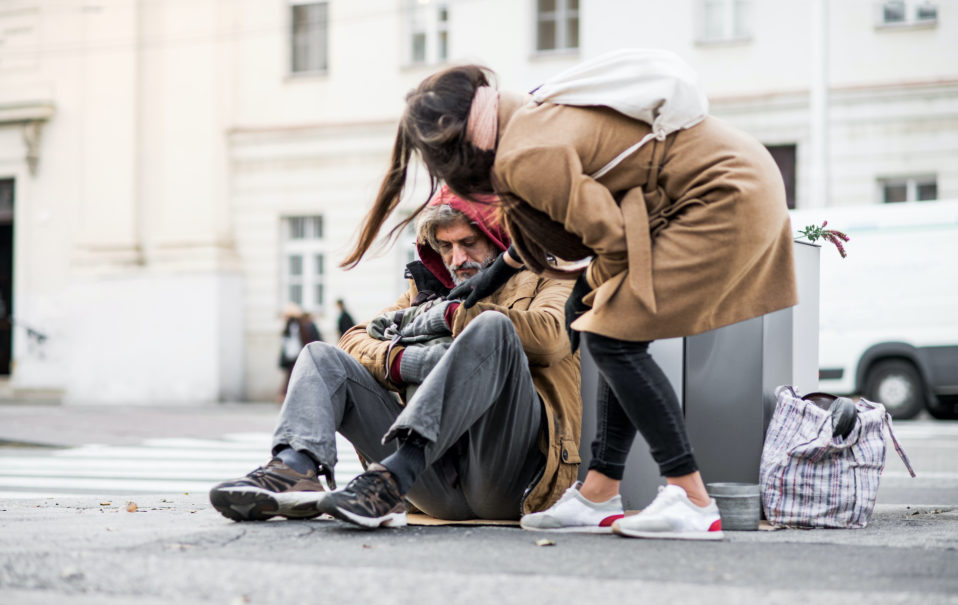 Lucky Duck Foundation intern, Gabby, shared a recent experience she had with a man named Henry. You can learn more about Gabby here and read on to hear about Henry.

While society is consumed with stereotypes that homelessness is a choice, no one realizes that people experiencing homelessness are actually in the midst of stereotyping us as well. Today, I met a man named Henry. He was sweet, kind, and most of all a human with a heart. He approached me very politely, as he said, “excuse me, miss, I am so sorry to bother you, but can I please ask for a favor.” He happened to be talking to the right person. However, he would have never known that by just looking at me. He was nothing short of afraid, as his eyes searched for hope. He admitted that the typical person would feel bothered by his plea for help.

Learning How to Talk to Homeless People

As I began to inquire about what he needed and how I could be of help, he began looking around at all the restaurants in the shopping center down the street from USD. He said, “I am just so hungry, all I want is something to eat.” And, he continued to voice his hunger repeatedly, as if he felt that he had to really prove it. Once he warmed up to me, he also relayed that he had an accident and hasn’t been able to buy new pants. He begged me to please help him as I stood there wishing I could do more.

I told him I was picking up a sandwich from a nearby cafe and I would get him a gift card. As I walked away into the store, he sat down on the bench and said, “I’ll wait here”. When I entered the store and looked back at him, that’s what relayed our entirely separate beings. As I looked back at this hungry, innocent man and walked into the cafe, I witnessed his conformity to the inevitable characterization society had attached to him. I walked out with a gift card to the cafe and explained to him that I didn’t want to just feed him once. I also gave him some cash to spend on new pants. He was so thankful. And then, it all came together. He sat there with a gift card and cash in his hand, appreciating it beyond belief. He said, “wow, I can eat for an entire week with this”, with a big smile on his face. He then proceeded to make plans for his adventure to get new pants by asking me about the best store to go to. 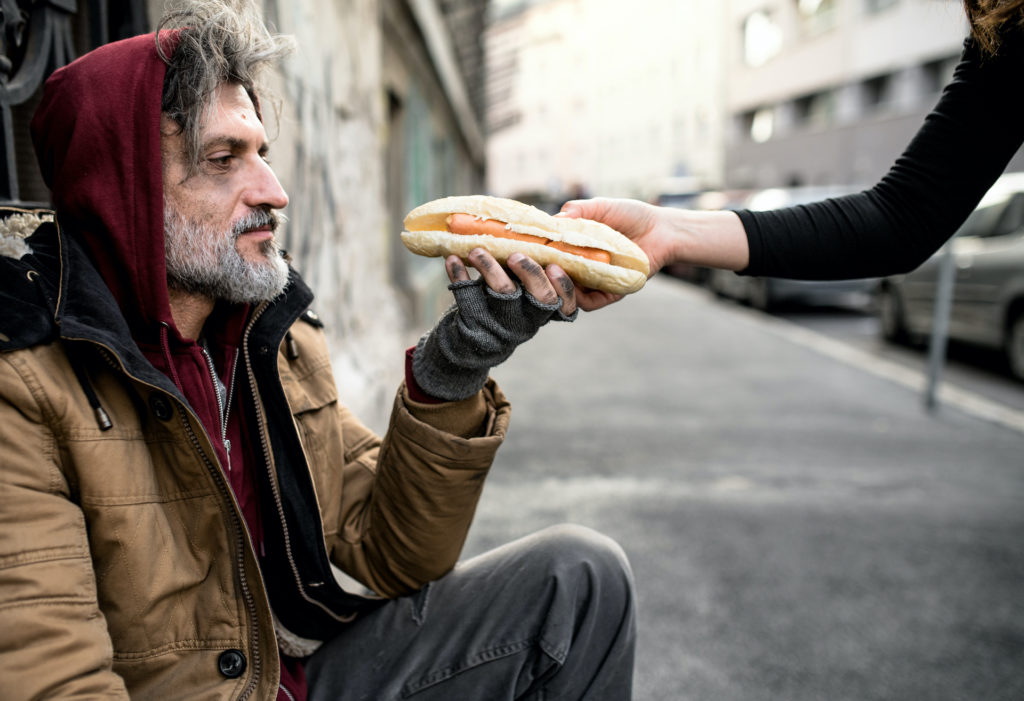 Before saying goodbye, he said “can I please ask you a question before you go.” He asked “why is someone like you helping me? What makes you want to help me? I don’t understand.” I began by saying that I’ve been studying social efforts at my college up the street. He said “wow, you guys study that type of stuff up there? Really? That’s so cool.”

I left Henry, got in my car, and took some deep breaths. Then, I looked up to see other people lingering in the shopping center. I was so fixated on Henry, that I didn’t even realize the other people surrounding me. One man was asking for food outside the subway sandwich shop, while the other was sifting through trash. I thought about how my mom says, “you can’t help and save everyone”. No matter how much I want to. Then I thought about why Henry said what he said. He probably hangs out in this area a lot and witnesses this dichotomy: people surrounded by luck, ignoring those without it. That’s when it all clicked. Being homeless really isn’t a choice and people experiencing homelessness don’t always ask for help simply because they believe the stereotype that it’s unlikely we will, in fact, help.

I’ve come home a lot over the past 3 years of college with a sandwich from that cafe. Today, my sandwich tasted a lot better. It had nothing to do with some new flavoring. In fact, I’ve had this same sandwich more times than I can count. Today, my sandwich tasted a lot better because Henry got to eat it with me. I took comfort in every bite, knowing Henry was eating the same thing. I envisioned him savoring every moment of being an insider in the society that made him an outsider, to the extent that he did not believe he was worthy of a simple favor from a stranger.

One “Hello” Can Open Doors

Gabby’s experience with Henry is proof that it only takes a few minutes to share invaluable conversation and kindness. Our friends at the Regional Task Force on the Homeless are sharing some thoughts on how to get the most out of conversations with strangers. Take a look and start saying “hello” today.

Your ticket for the: My 15 Minute Conversation With a Man Named Henry

My 15 Minute Conversation With a Man Named Henry

Subscribe to our newsletter and stay informed about our efforts to alleviate the suffering of homelessness.

You will receive an Email after signing up. Please confirm your subscription by clicking the “Confirm Subscription” link.

Subscribe to our newsletter and stay informed about our efforts to alleviate the suffering of homelessness.

You will receive an Email after signing up. Please confirm your subscription by clicking the “Confirm Subscription” link.