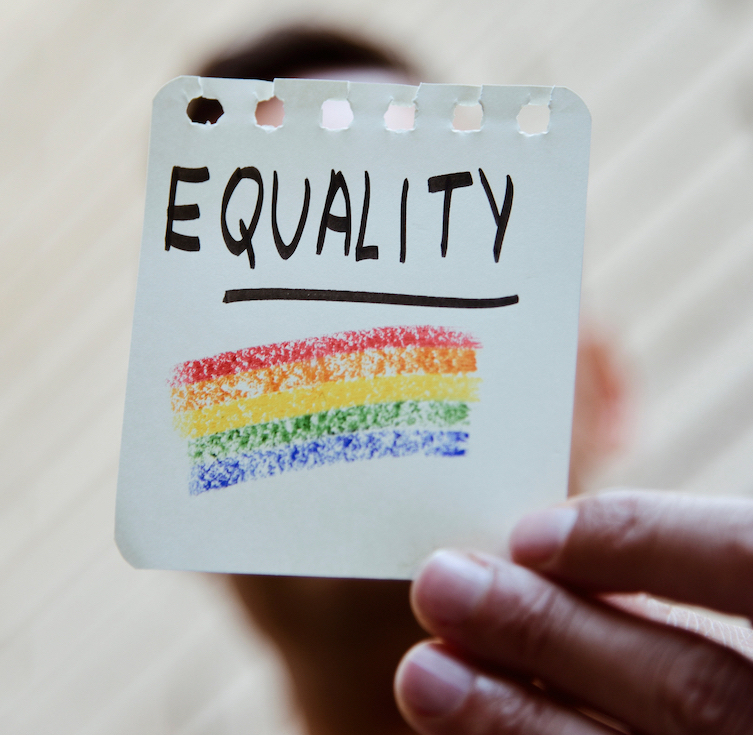 June is PRIDE month. The month is dedicated not just to celebrating, but bringing awareness to the marginalization of, setting into action what can be done to support equality for, and honoring the brave champions who have been fighting for decades for the LGBTQ community. A true ally supports equal civil rights, gender equality, social movements, and challenges homophobia, biphobia, and transphobia. To learn how to be an LGBTQ ally, first, you must dispel the harmful myths associated with the LGBTQ community.

The symbol of PRIDE waves all year long. But PRIDE isn’t just about a brightly colored flag. The flag’s important history dates back decades to the late 1970s. Revolutionary gay-rights activist and then soon-to-become San Francisco City Councilmember, Harvey Milk, asked a local artist, Gilbert Baker, to create a memorable emblem for the community. Baker did that and more as is evidenced in the way the flag is recognized and celebrated all over the world.

Learning the historical significance of the flag is a good starting point for discovering how to be an LGBTQ ally.  We’re taking active steps to understand the community and dispelling common myths and sharing important facts about the LGBTQ community that you can learn from and pass on to others.

Myths about the LGBTQ Community 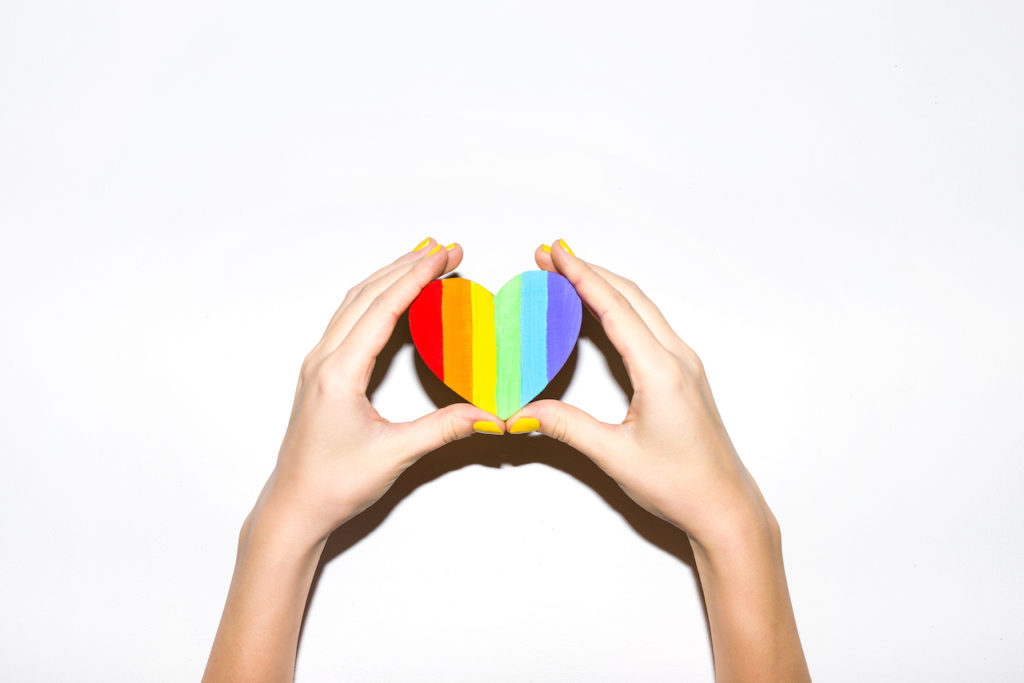 1.  PRIDE is about showing off. PRIDE parades are a vibrant expression of LGBTQ community pride. But they were born out of a very somber history, the Stonewall Riots. In June 1968, a violent clash broke out after the NYPD conducted a raid at the Stonewall Inn, a gay club in Manhattan. Clubgoers fought back against the prejudice and abuse from the police. The uprising, which lasted almost a full week, is considered the catalyst for the gay liberation movement and the modern fight LGBTQ equality.

2.  Your sexuality is a choice. Sexuality is not a choice. Period. Understanding how your body and mind work is confusing enough for people from childhood through to old age. The false notion that a person “chooses” to be gay to an already burdened person adds fear, shame, and angst. The shame surrounding being LGBTQ leads many people to hide their truest self which in and of itself can be emotionally debilitating. 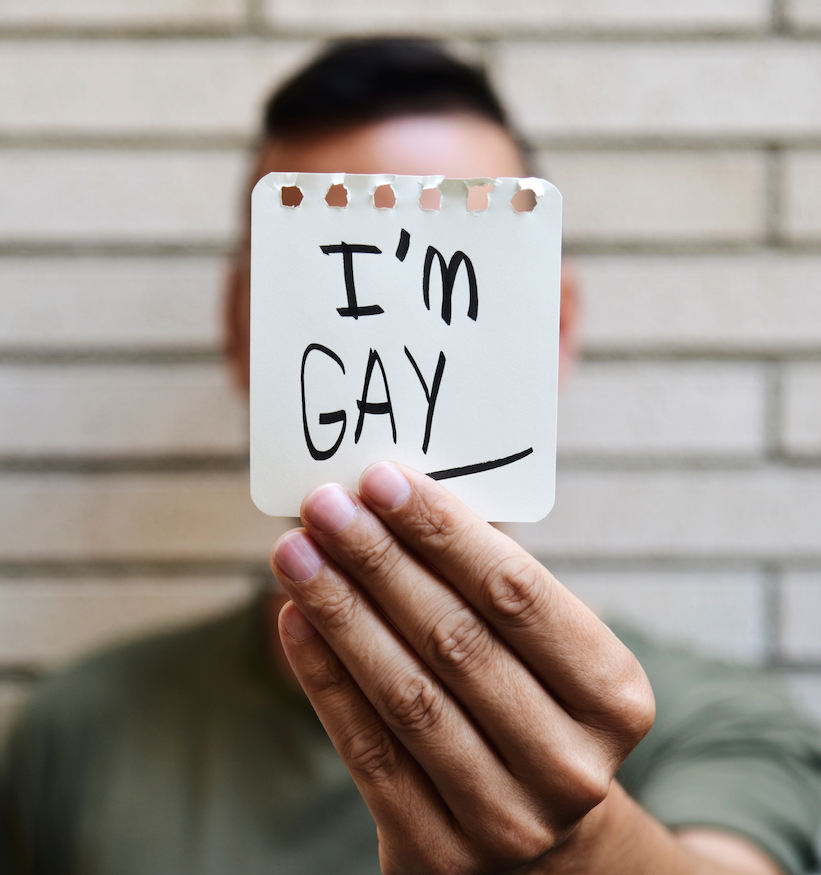 3. You only come out once. A common misconception is that a person comes out once and then doesn’t worry about it again. Quite the opposite is true. Should a person choose to, they may self-identify or feel that forced to identify at every new encounter – a new job or school, moving into a new neighborhood, reconnecting with old friends. In addition to being emotionally devastating, imagine the fear that a person might feel when facing a new group of people not knowing if they are an ally or a phobic.

4.  Gay people aren’t good parents/students/workers/friends, etc. Fear and ignorance are the sad geneses of the hateful notion that LGBTQ are “less than” in any capacity. The LGBTQ community faces a broad range of social, economic, and health disparities that can lead to social isolation. It is increasingly important to educate yourself and others on this falsehood and to become a faithful ally of the community.

5.  Reparative, or conversion, therapy works. Being gay is not a choice. It’s not an illness, a disease, or a mental defect. It is not something that can be, nor should it be considered something that needs to be “cured.” To suggest that reparative or conversion therapy would work to “turn” a person straight further perpetuates the marginalization of the community. Such “therapies” are not only widely discredited, but they are also extremely dangerous.

6.   There are safe spaces for the LGBTQ+ community. Just like the people getting together at the Stonewall Inn in 1968, the people gathering at Pulse Nightclub in 2016 thought that they were in a safe and inclusive space. As a gathering place for a community, LGBTQ bars and nightclubs were established to provide a haven. In reality, there is no such thing. Same-sex couples are as subject to violence, phobia, discrimination, and harassment within the sacred walls of their communities just as they are walking down the street or taking a subway.

Facts about the LGBT Community

Family rejection, hostility, physical and emotional abuse, and social isolation are major contributing factors to tweens, teens, and young adults leaving either voluntarily or forcibly from their homes. LGBTQ youth face extreme hardship on the streets, including victimization, engaging in risky sexual behavior as a means of survival, drug and alcohol dependency, and mental health issues such as depression and suicidal tendencies. Some cities have committed homeless outreach efforts on the LGBTQ community, but that is only a part of the solution.

Awareness, education, and understanding are much harder to implement; however, they have the potential to make the most significant difference in the lives of the LGBTQ community – starting at the familial level.

2.  You are not alone. You may feel like you are all alone – whether living at home, staying with friends, or experiencing homelessness. You are not alone. If you are in need of support in the San Diego area, dial 2-1-1. 211-San Diego operates 24 hours a day, 7 days a week, connecting all in need of health and social services. 211-San Diego understands that the LGBTQ face marginalization, discrimination, and hate that may make accessing services feel insurmountable. Their resource page may help you navigate housing, food, health services, and drug and alcohol rehabilitation programs. To see the list of services available, visit https://211sandiego.org/lgbtq, or call 2-1-1, 24 hours a day, 7 days a week.

The San Diego LGBT Community Center is here for you, too. In addition to advocacy services, the Center provides mental health, HIV, transgender, and age-group specific services. The Center operates the Sunburst Center, a 23-bed affordable housing facility for LGBTQ youth aged 18-24. To see a list of services available at the Center, visit https://thecentersd.org/programs/.  To learn more about the Sunburst Youth Housing Project, including eligibility and application requirements, visit https://thecentersd.org/programs/youth-services/sunburst-youth-housing-project/.

San Diego Youth Services understands the particular hardship that young, LGBTQ people face. That’s why they have opened Our Safe Place, providing mental health services and drop-in centers for LGBTQ youth up to age 21. To see a list of services available at Our Safe Place, visit https://www.ymcasd.org/community-support/ymca-youth-and-family-services/behavioral-and-mental-health-services

Even as quarantine safety measures lifting in places across the country, LGBTQ+ youth remain at great risk of social isolation and depression. Online resources have become increasingly more important for LGBTQ+ youth to maintain their mental and emotional health during and after this period. LGBTQ+ Youth Are Not Alone. Visit this website for a list of online resources:https://www.allconnect.com/blog/lgbtq-youth-online-resources

The Lucky Duck Foundation is committed to alleviating the suffering of ALL people experiencing homelessness regardless of their sexuality, gender, race, religion, or ability to pay for services. Share this post on social using the buttons below to join the conversation on how to be an LGBTQ ally and help raise awareness, educate, and provide a safer space for the LGBTQ community.

Your ticket for the: How to Be an LGBTQ Ally